I used to think, “oh, Jesus dying for us couldn’t have been THAT hard. He was God in the flesh. He could handle it. He was probably focused on how blissful His life would be when He was raised again, sitting on His throne eating His favorite dessert.” But you see, it WAS THAT hard. When He was hanging there, when He was dying, He took on every single ounce of guilt, evil, dread, and despair that was ever felt by any person or would ever BE felt by any person. EVER. Remember that time you really messed up and you loathed yourself to no end and felt so dark? HE FELT THAT for you….and all humanity ever! CAN. YOU. IMAGINE. The difference? He WAS focused on what happens next. But not because He wouldn’t feel the pain anymore. Because He knew the power of HOPE. HOPE that His obedience to His father that led to this would MEAN something. Hope that His great love for all humanity would truly SAVE us. FAITH that that hope would pass onto us as something we can cling to until WE’RE raised again! We have an advocate and friend in a perfect being who broke the curse over our lives. He is constantly working on our behalf rather than eating dessert on His throne. But you know, now that I think of it, honestly….if He never does another thing for me, He’s already done enough. . 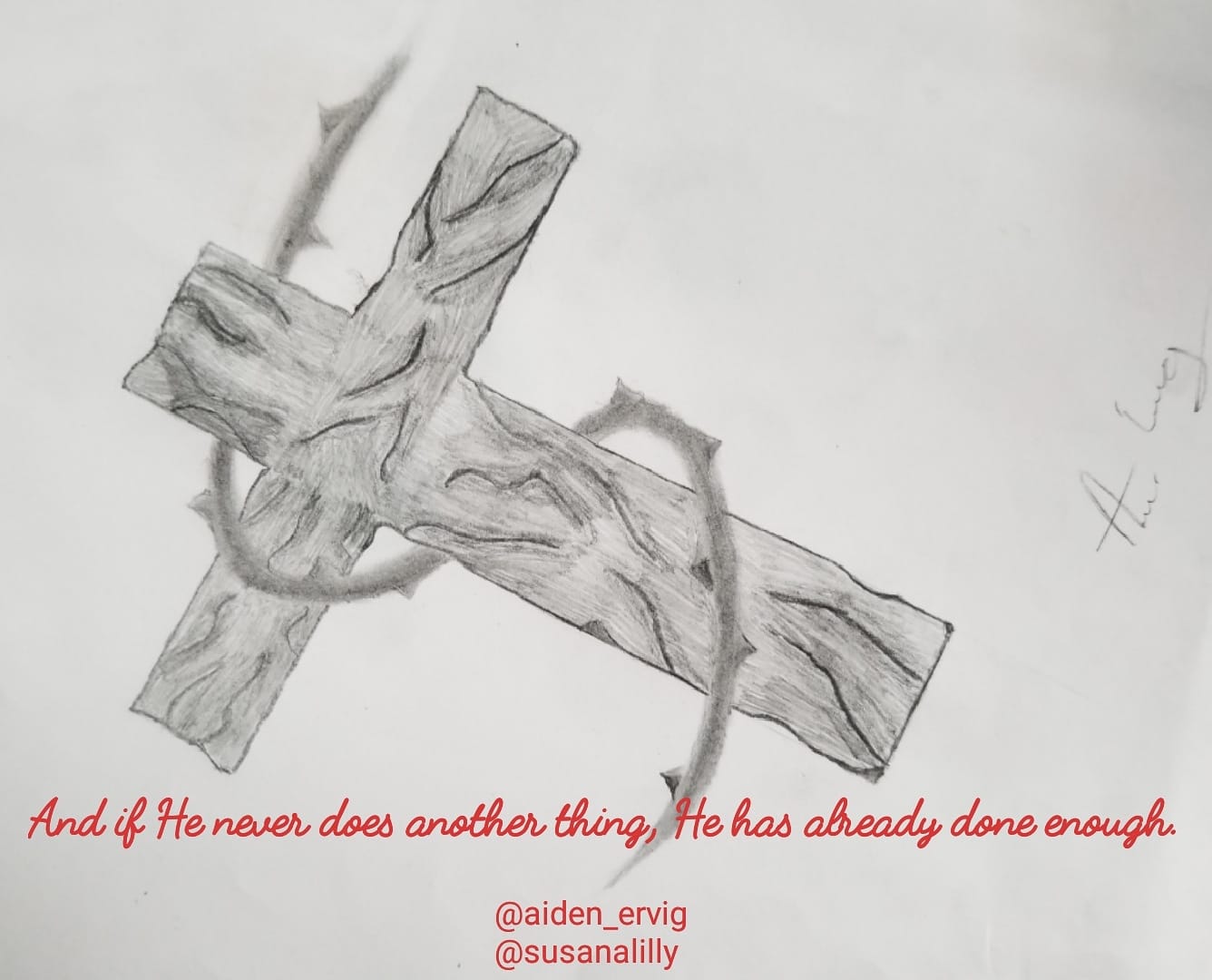